A graduate of the Royal College of Art in London, Gill Harvey was originally known for her Medici knitwear collection. Most recently it was her collaborations for the labels Invite and After Six that kept her to the forefront of the occasion wear industry designing for both mother of the bride and special red carpet gowns. And so born from a feeling of luxury and Gill’s love of glamorous dressing, evolved The Eliza Jane Howell Bridal Collection. The label was named after Gill’s grandmother who was also a fashion designer from Wales. Gill’s ethos behind the collection is to design a dress for the modern day bride who would love to wear a wedding dress that oozes the glamour and sophistication.

The brand new Eliza Jane Howell ‘Studio 54’ collection is inspired by the Disco era. At the height of Disco, the nightclub ‘Studio 54’ was born.

Known for its restrictive celebrity guest list, it swiftly became the hottest ticket in town.

Artists partied with the stars of fashion, music, and Hollywood who mixed freely behind the closed doors of the club.

In one of the most the iconic images of the Seventies we see Bianca Jagger on the back of a white horse at Studio 54 to celebrate her 30th birthday.

Bianca was the darling of the New York City nightlife scene, hanging out at Studio 54 with Halston, Andy Warhol and Bob Dylan. to name but a few.

Four tons of glitter was dumped on the floor of the club for one New Years Eve party and attendees say it can still be found in their closets to this day!

This is where Mick met and fell for Jerry Hall on a typical night of hedonism.

So, the glamour, oh the glamour of this scene has provided us with a mass of inspiration for our 2021 Studio 54 collection. 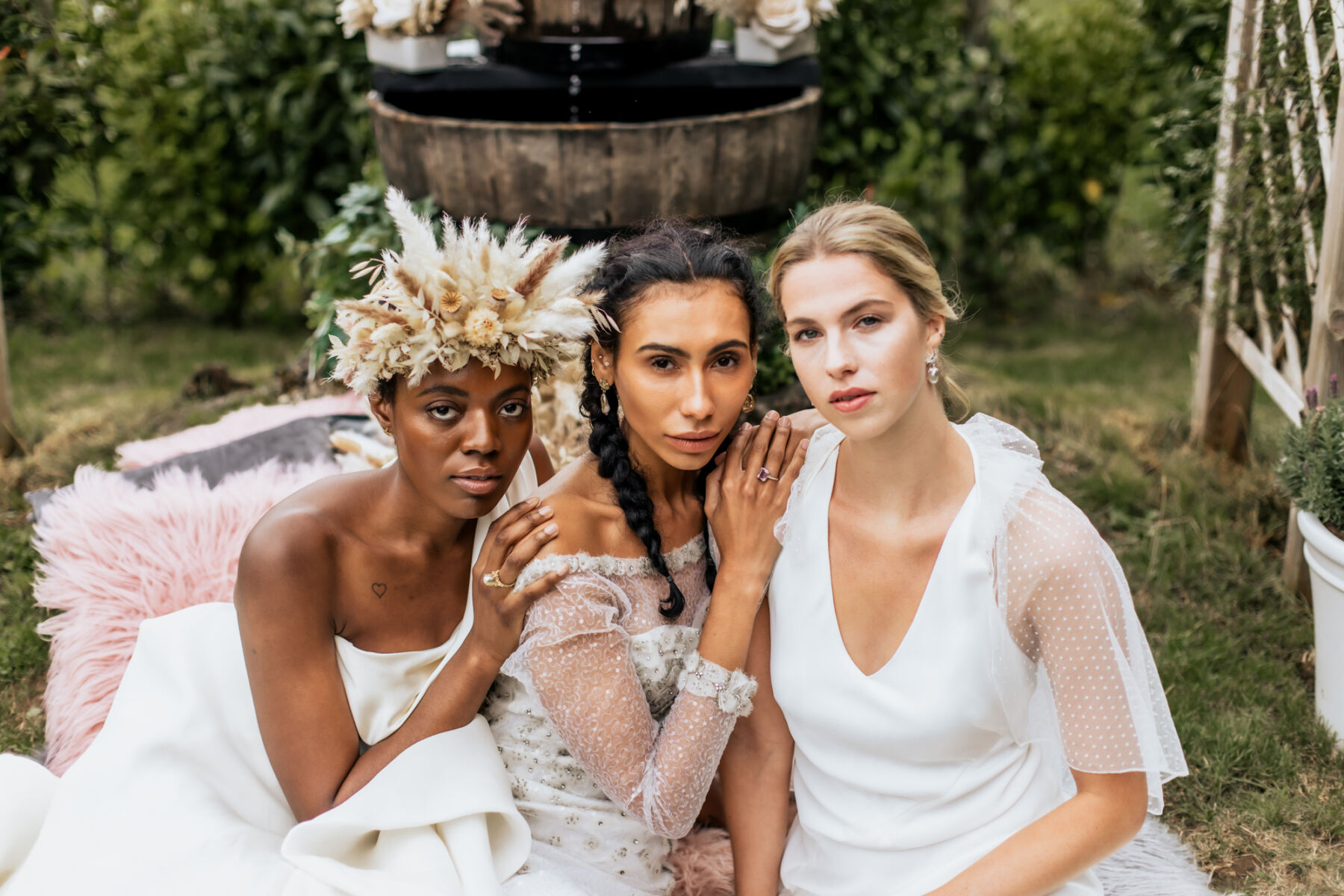 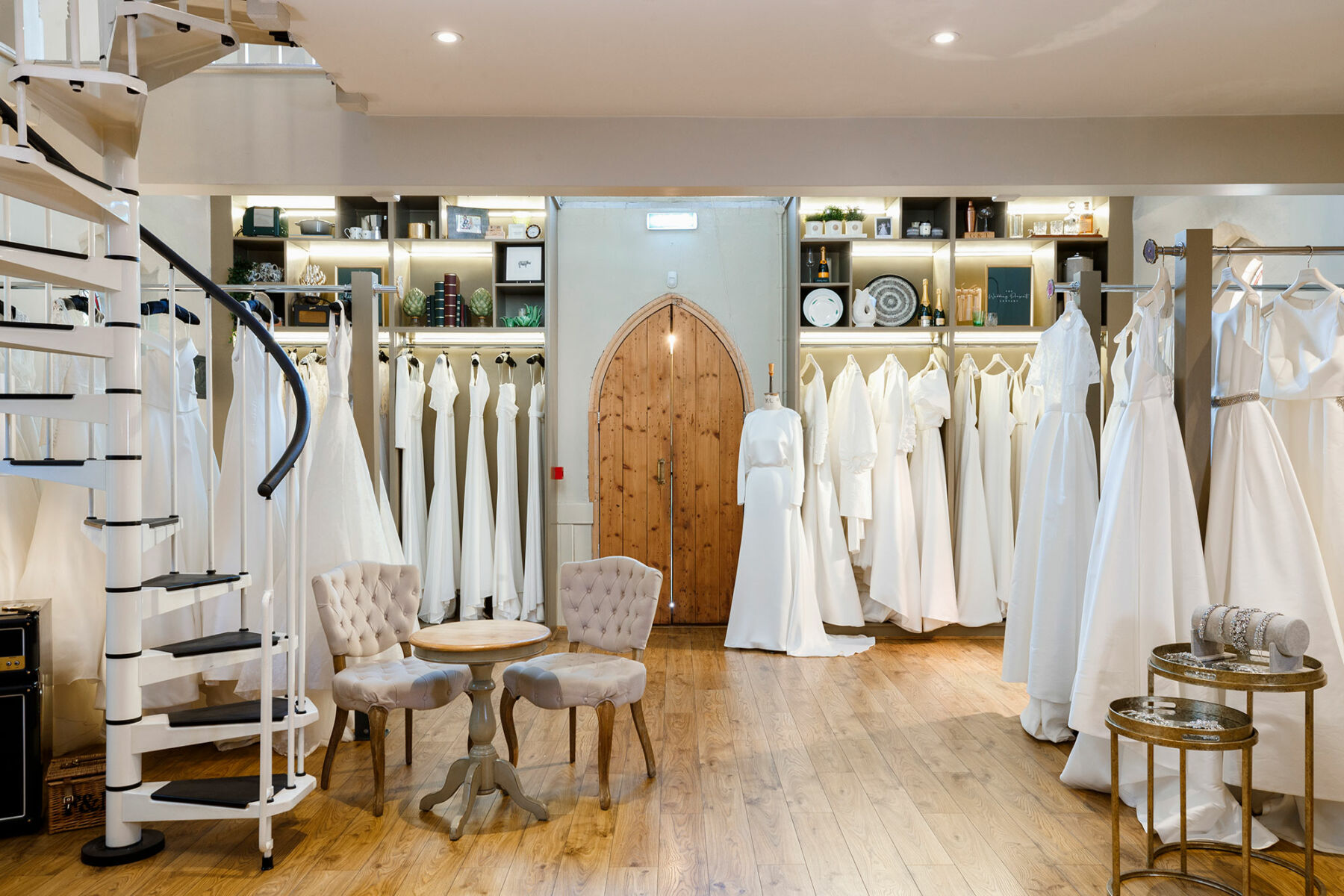 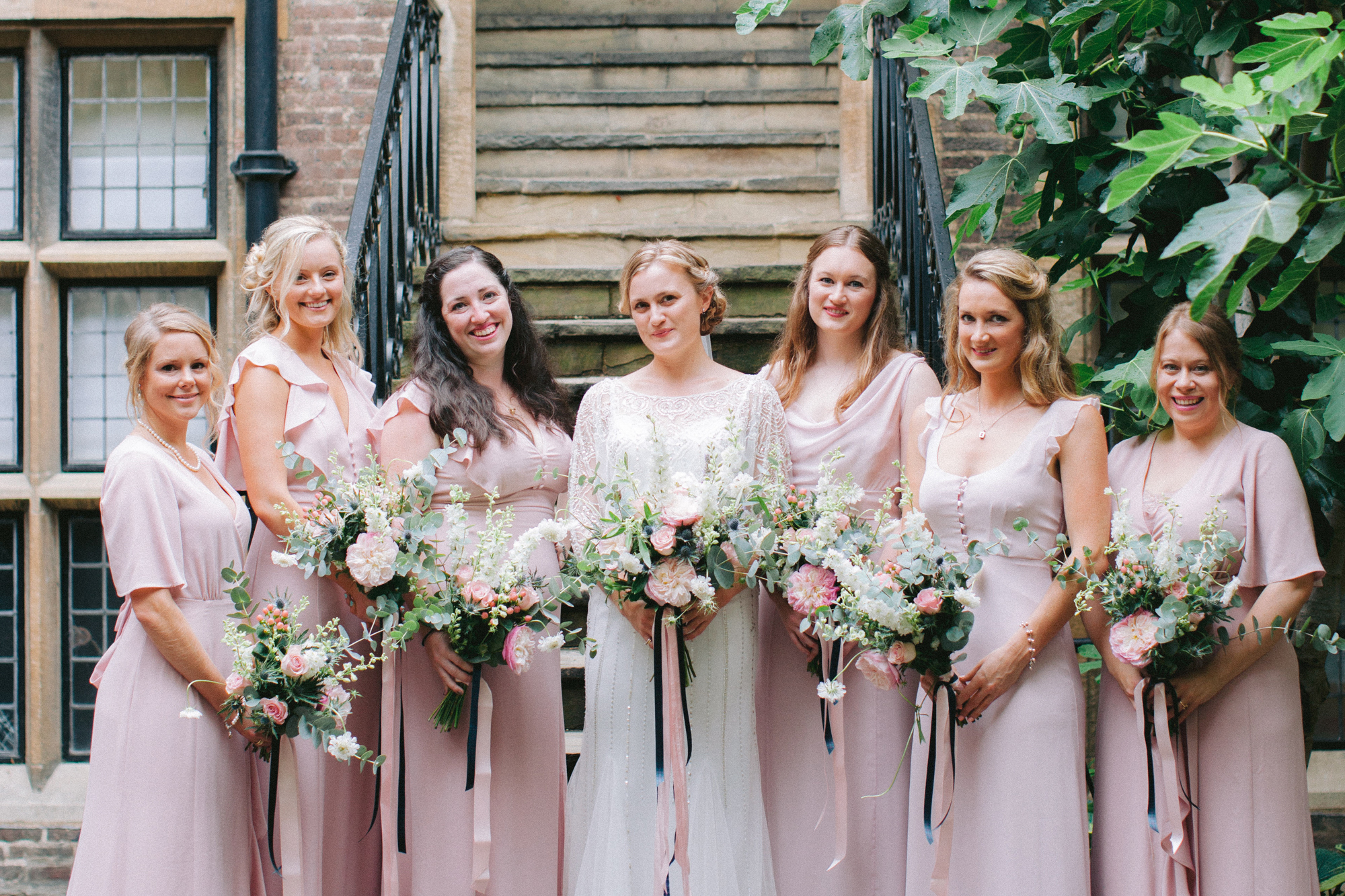 Bridesmaids in Pink, and a 1920’s Inspired Dress for a Classy & Elegant Trinity Hall College Wedding in Cambridge 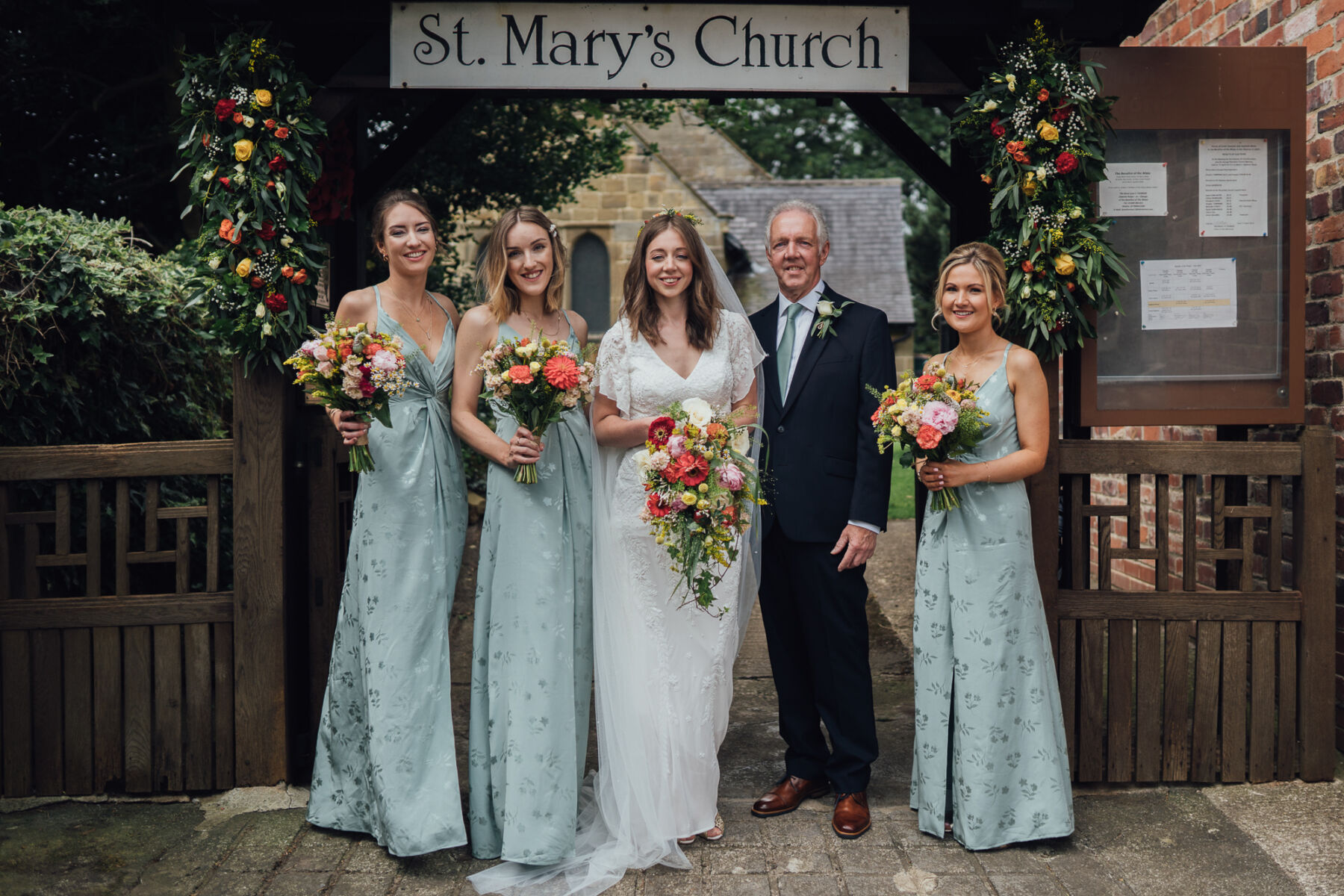 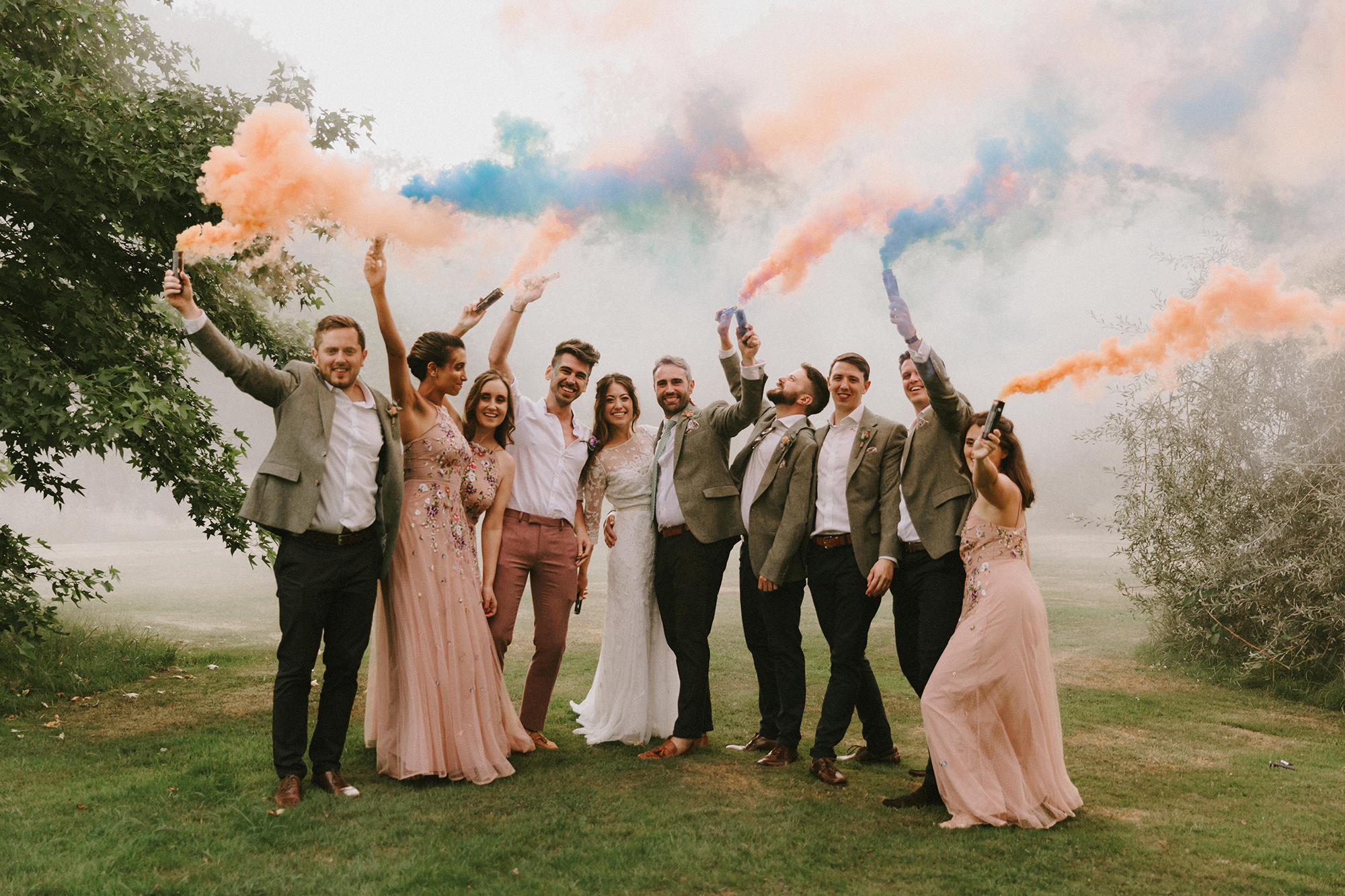